The Island of Bardsey, or Ynys Enlli , lies nearly
two miles S. of the extreme W. end of Lleyn. The total area
is nearly 450 acres. The island is dominated by Mynydd Enlli
(summit 500 ft. above O.D.) which falls precipitously to the
sea on the E. The remainder of the surface is nearly flat, and
is good agricultural land, but the S. part is very exposed.
A survey by Whitchurch made in 1790 although drawn to
a small scale shows about 12 dwellings at the foot of the W.
slope of the mountain near the 130 ft. contour; of these only
Carreg-bach (at SH 11982202) survives. A large building
apparently about 150 ft. E. of Hen-dy (at SH 12052223) is
noted as ‘ruins of church barn etc.’; it has left no trace. In
1806 it is recorded that there were 12 to 15 houses occupied
by about 60 people  mainly dependent on fishing; in 1960
there were seven permanent residents. Between 1870 and 1875
the farms were rebuilt, and form an interesting example of
19th-century agricultural planning.  Carreg and Plas-bach formed separate units, but the remaining eight were built as semi-detached houses, each pair with outbuildings set round a shared yard.

The island was an important place of pilgrimage and
monastic settlement throughout the Middle Ages, possibly
from as early as the 6th century, but apart from a ruined tower
belonging to the monastery (No. 1518) little remains visible
except a few loose pieces of dressed stone, a fragmentary
inscribed cross-slab and a medieval gravestone. Some of the
huts of which traces remain on Mynydd Enlli (No. 1520)
may have formed part of the early monastic settlement, but
no certain attribution can be made on the evidence of their
present appearance. 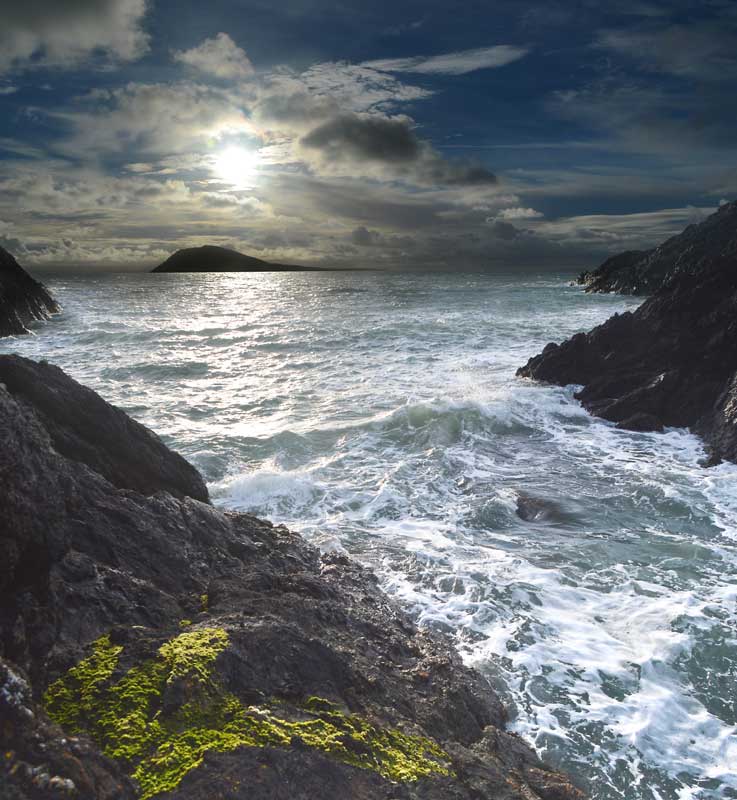